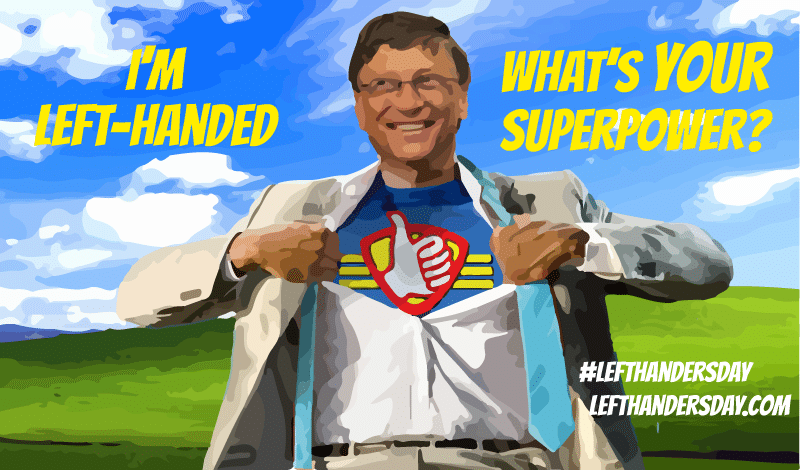 Left-Handers’ Day on 13th August each year is the chance for left-handers everywhere to celebrate their advantages and achievements – and according to the Left-Handers Club, leading authority on left-handedness, they have plenty to celebrate!

Left-handers might be in the minority (being 10% of the population) but what they lack in numbers they make up for in talents. Being left-handed has a major influence on your mental and physical development – the hand you write with is only a clue to the different connections going on inside the brain.

Some of the most talented and influential people through history share this one super-trait that has given them incredible abilities in other ways. This Left-Handers Day, the Left-Handers Club pays tribute to some of the amazing high achieving lefties that have used their left-handed superpowers to achieve great things. Here are just a few examples:

Lefties have more brain symmetry than righties and better communication between the two sides of the brain. This makes them faster at adapting to changing surrounding and circumstances. It also aids in communication of new ideas to others. In the past few decades, the U.S. presidency has veered more and more to the left – not in policy, but in handedness, with 5 of the last 7 presidents being left-handed:

Researchers claim that lefties are more intelligent and eloquent than their right-handed counterparts. In tests conducted by Dr. Alan Searleman, there were more left-handed people with IQs over 140 than right-handed people – which is the “genius” bracket.

Some of the earliest works of western philosophy and science were written with a left hand. Aristotle, he of the scientific method, early physics, astrology, meteorology and ethics, penned an exhaustive list of works that laid the foundation of much of modern science.

Some historians have suggested that Da Vinci’s left-handedness added to his genius, because it forced him to think and see in an extraordinary way.   The same argument could be made for our contemporary artist and musicians and their amazing work

Their right-brain dominance gives lefties better spatial awareness, and reversed body dominance makes them harder to play against. A leftie’s ability to surprise and catch a right-handed competitor off guard in sport and battle gives then a valuable competitive edge. Left-handers excel particularly in tennis, baseball, swimming and fencing

Their creative talents and charisma have made these leftie performers some of the biggest stars on the planet. Their “outside the box” inventive take on a role gives them the edge over more traditional performers.

Science is no stranger to lefthanders. In this field where high IQ, lateral thinking and brain symmetry, (connecting all the aspects of the brain’s power effectively) are essential, lefthanders have the perfect attributes, and more scope for Eureka moments!

A study by the National Bureau of Economic Research floated the idea that left-handers favour “divergent” thinking, a form of creativity in which the brain moves “from conventional knowledge into unexplored association.” Maybe that explains the surprising number of left-handed business moguls – and what it takes to develop a net worth estimated at $79 billion!

For the full list of Leftie Superpowers, plus free downloadable graphics to share for Left-Handers Day on 13th August 2015 visit https://www.lefthandersday.com/super

The Left-Handed Superhero logo and the slogan “I’m Left-Handed, What’s YOUR Superpower” are available on a range of printed products at http://www.cafepress.com/anythinglefthanded

Free graphics for Left-Handers Day can be viewed or downloaded from https://www.lefthandersday.com/left-handers-day/graphics

The Left-Handers Club is the leading pressure group for left-handedness, with over 100,000 members worldwide, providing information and advice on all aspects of left-handedness and raising awareness of related issues. 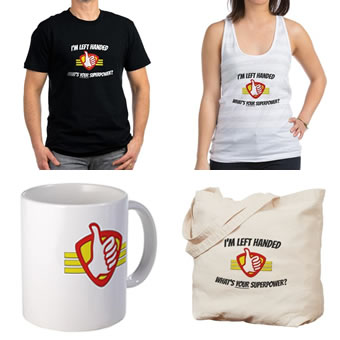 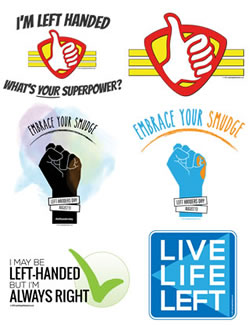